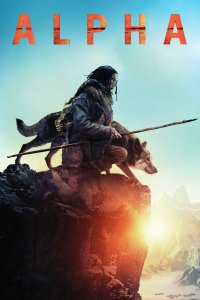 I got excited with the trailer, don’t get me wrong. As having a passion for wolves in general, curiosity of the lifestyle and culture pre-dating before Christianity, and having my favorite game be Final Cry Primal, I had high anticipation for this film.

It originally was slotted for a film recommendation on my blog, but I was too disappointed in the results to allow that. Here are several reasons why…

As I watched the film, I was too distracted by the saturation of the CGI that was overly used throughout the film. To the point of unrealistic measures of the B.C. years for mankind. For me, the film was too virtual.

What also struck me was the actor who played Tau. As a film who was representing aboriginal tribes in the prehistoric times, or so I thought, Johannes Haukur Johanneson wasn’t the right actor to play the father is my two cents.

How do I say it nicely? Johannes looked too white (yes, he’s Icelandic) for the part. If this film is indeed taking place in prehistoric America, when again, did Leif Erikson and the Vikings come across and originally discovered America? Prior Columbus, but after Christianity was born a.k.a. A.D. and last I checked we did not have sabortooth tigers and mammoths in any A.D. years to my knowledge. That is NOT accurate prehistoric dates!

Last, but not least. What is frustrating and what I recently learned in the art of film, doesn’t matter what you write, but how you tell the story through editing. For Alpha, there were parts that were too long winded and others too short winded. I don’t feel we needed that bit prior to the Great Hunt anyways.

What I would have done is… just dive right into the Great Hunt and start the story there. There are other ways to show the main characters weakness and strengths throughout the story, the writing itself and I felt the film carried that without that edit tidbit prior to the Great Hunt. I guess we have our different ways of storytelling in this world. The happy ending I’ll give after my critique is I appreciate the ending. It was cute. So props for the ending of the film. (: