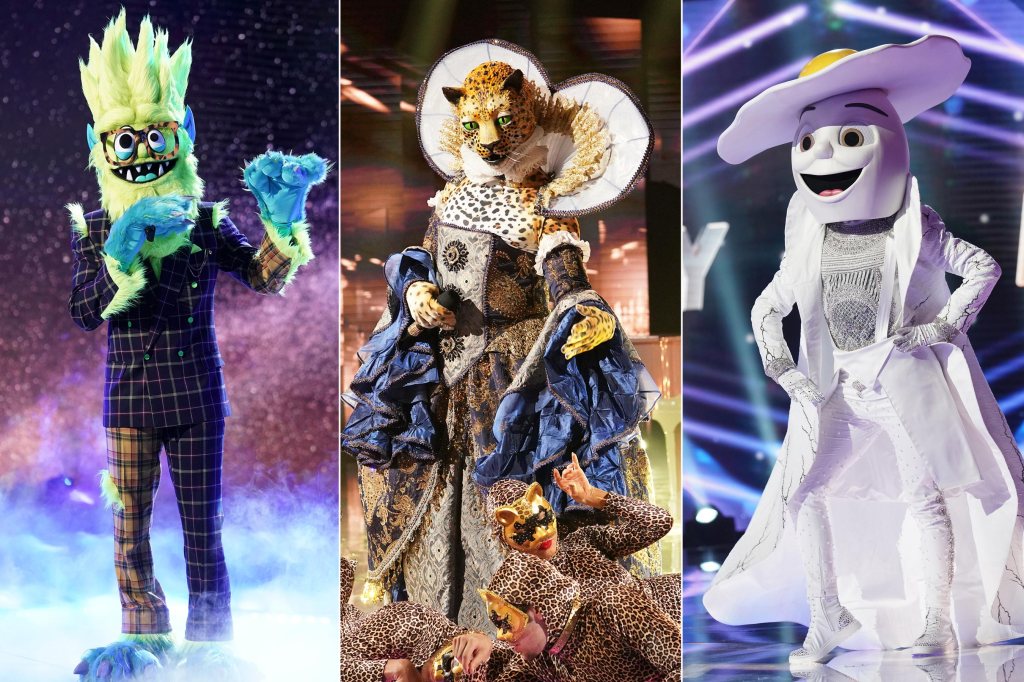 Yes! Just like the rest of the million viewers, I got hooked on The Masked Singer since the pilot episode in the first season where the Hippo competed against the Peacock. I lived when Antonio Brown would be unmasked at the end of the very first episode.

The Masked Singer isn’t like the rest of the singing competitions, because first and foremost, it stars celebrities and they compete with one another without knowing who’s under the mask. The clue packages also would get you hooked to figure out which celebrity would be crazy enough to take a chance on a show that was not guaranteed to suffice with the rest of the fall schedule for television, let alone Fox.

What we discovered though, was a brilliant marketing for various celebrities at different stages in their career and I was able to pride myself for guessing seven of the twelve contestants in the first season (Joey Fatone/Rabbit, Terry Bradshaw/Deer, Tori Spelling/Unicorn, Ricki Lake/Raven, LaToya Jackson/Alien, Donny Osmond/Peacock, Gladys Knight/Bee).

I have my work cut out for me for the second season though with the first three weeks unmasking celebrities I wouldn’t even consider for the show, let alone, four more contestants to make it a total of 16.

Currently, as I write this blog, five celebrities have already been unmasked for The Masked Singer (Ninja/Ice Cream, Johnny Weir/Egg, Laila Ali/Panda, Dr. Drew Pincky/Eagle, Paul Shaffer/Skeleton), and I had no clue or figured any of these individuals out. As, well as, having only a guess for seven (out of a total of 16) other contestants still in the run. If I get all seven right, I will be tied for my guesses for last season, but my goal is to beat my seven, so I really need to tune into the clues more on the masked singers I am struggling with. Hopefully be the end of the episode tomorrow night, I can get some new guesses out later this week.

Here are my seven guesses currently for season two of The Masked Singer:

Chris Daughtry as The Rottweiler

Seal as The Leopard 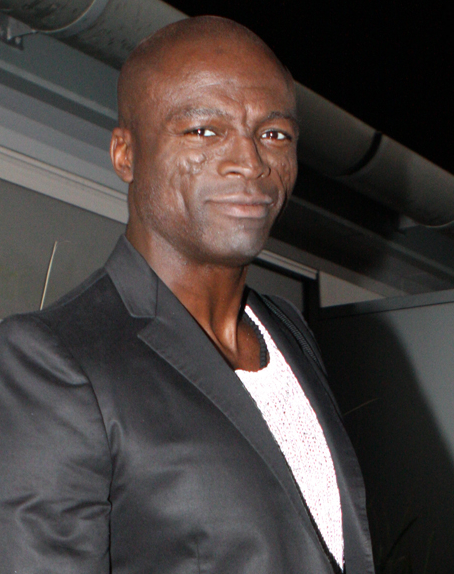 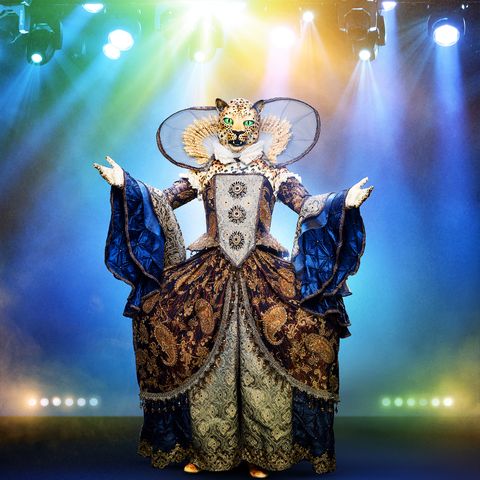 Michelle Williams as The Butterfly

2015 ASCAP Rhythm and Soul Awards at the Beverly Wilshire Hotel in Beverly Hills, California on June 25, 2015

Patti LaBelle as The Flower 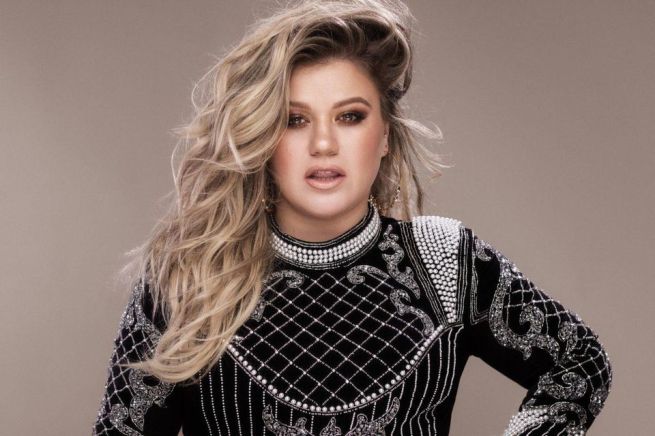 Kelly Osbourne as the Ladybug 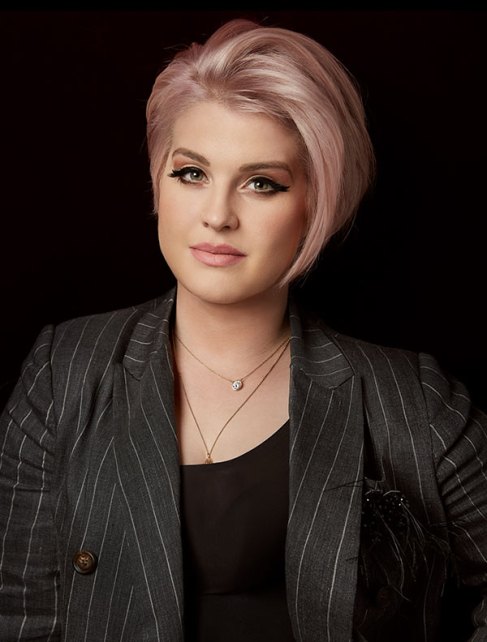 H.M. Gautsch aka Marie is an Award-Winning filmmaker & producer, a critically-acclaimed author & poet, and a freelance photographer. She also strides her writing skills as an entertainment blogger where she blogs artists' interviews, film reviews, and anything that touches on any topic relevant to the multi-media field, along side with her poetry and philosophy to keep her vision fresh. View all posts by H.M. Gautsch

“Post Traumatic Stress” #amwriting #poetry #writersofinstagram . . #veterans #posttraumaticgrowth #ptsd #mentalhealthawareness #poet #author #freeverse #nightowl #inspiration #livingmytruth #madisonwi #support #followme #poeticvibes #storytelling #creativewriting #onelove #writerscommunity
My feature on @o.p.veteran last year with my poem, “Illness in my Mind.” #amwriting #poetry . . I was on the brink with suicidal thoughts after a breaking point in July after a year of various revelations that came to light in my life. . . I had to step back and do a lot of soul searching over the months... . . Now let my share with you my revelations of how life should be spent; which is not of digging a hole of the past, but freeing yourself with the present. #revelations #writersofinstagram #veterans #poet #freedom #mentalhealth #therapy #suicidalthoughts #inspirationalquotes #quotesaboutlife #quotes #onelove #happiness #depression #healing #nightowl
“OIF” ✍️ #amwriting #poetry #mystory . . . #veterans #OIF #bookstagram #writerscommunity #writersofinstagram #poet #therapy #healing #trauma #ptsd #combatveteran #onelove #antibullying #rebelvision #rebel #art #modernwarfare #poetryisnotdead #expression #freedom #madisonwi #spokenword #wordporn #spillwordspress
It’s ok to rest. It’s never ok to quit. Get back up, warrior. We are on our way to greatness. Believe. . 📸: @thedawgtographer . #lettertomyself #alley #photoshoot #pose #androgynous #beauty #unique #quotes #artistsoninstagram #nightowl #chicago #nightlife #amwriting #writersofinstagram #warrior #ptsd #healing #trauma #thisisme
The nightlife is my domain. . 📸 : @thedawgtographer . . #urbanphotography #androgynous #lgbtq #modeling #nightowl #artistsofinstagram #writersofinstagram #art #dslrphotography #nightlife #chicago #androgynousfashion #onelove #bulletclub #habs #snapback #pose
WHERE HAS H.M. BEEN? A short-term break was a necessity, especially after my accomplishments of the Madison’s @48hourfilmproject last July. . . I overly exceeded my energy and started focusing on the wrong things to the point where it brought various problems into my life including the unfortunate energy of suicidal thoughts. . . I had to step back from everybody and everything to work on my healing, find my place again, and find a selfish focal point for my life away from those that weren’t serving benefits and wealth towards my health anymore. . . I’m not asking everyone to understand the sacrifices or choices I’ve made for myself in 2019, however, I do ask for the respect of what has been placed as boundaries and the sake for my own happiness. Especially after living a life living for so many others rather than myself. . . Just know that I’m coming out of isolation and hibernation, slowly, but consistently to return back to my life and goals of what I want to accomplish in this world before the judgement day that God calls me to come home. . . I’ve been through a lot of work with cognitive behavior therapy treatment, as well as, making new steps to new treatment and medications that exceed beyond the current limitations of my PTSD. . . ...and if you’re worried about me being alone. I promise you I’m not. I got an amazing partner and a great (small) group of friends and chosen family that have held me down over the past year with my transition in this life. 💯 . . I hope you’ve been enjoying some of my new work that’s been in progress with my healing and artistic visual. I’ve claimed 2020 to be my year and can’t wait to share with y’all what all I been up to after going MIA for a hot minute. . . Thank you for listening. . . . . 📸 by @thedawgtographer . #amwriting #artistsofinstagram #androgynous #photoshoot #urbanphotography #smoke #brick #nightphotography #dslr #mentalhealth #ptsd #trauma #sexualassault #healing #veteran #poetrycommunity #comebackstronger #inspiration #quotes
I had the privilege to write a new piece and expand my name to @urbancitymagazine and interview one of my favorite hoooomans @k.sankofa !! Follow the link for the interview:👇🏻 https://urbancitymag.co/2020/02/18/k-sankofa-drops-new-single-and-video-titled-b-excellent/?fbclid=IwAR3xN06dhCNo4DTn6tGoma9QQsAfdPU6jcWDP72QygyCWS59cDbFk0gFtb4 #amwriting #interview #magazine #media #urbancity #madisonwi #midwest #hiphop #music #rebel #rebelvision #revolution #teamworkmakesthedreamwork #goodvibes #vibetribe #writersofinstagram
I’m so excited for this! @toyourlastdeath , the first American Horror Anime, is coming to VOD on March 17th!!! Starring one of my favorite actresses, @morenabaccarin 💜 Congrats to my friends for this amazing success that I’ve had the honor to witness over the years for this project!! I Cannot wait for the next one!!☺️ . . #crowdfunding #horror #film #anime #canada #usa #morenabaccarin @williamshatner #raywise #starrek #goodvibes #filmsoninstagram #independent #support #blessed #friends #toyourlastdeath
“Isolation” ✍️ #amwriting #poetry . . . #poetry #poem #poet #poetsofinstagram #writersofinstagram #writing #poetsofig #writer #poetrycommunity #poems #wordporn #writersofig #words #spilledink #instapoet #typewriter #prose #poets #creativewriting #instapoem #writers #write #writerscommunity #instapoetry #writingcommunity #spokenword #poetryisnotdead #igpoetsociety #metaphor

A blog from a poet that converges spoken word, post-minimalism, and electroacoustic noise

Reviewing and Rewarding the Art of Filmmaking