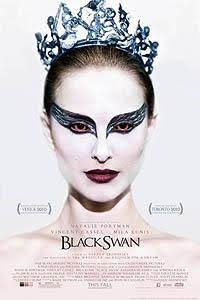 The definition of art should fall under Wittgenstein’s open concept. Clarifying if it is ‘good’ art or bad art is irrelevant. The economic value does not always do justice for ‘good’ art and majority of the time, the artist him/herself does not get the awards of value directly until late.

Collingwood’s argument is sketchy, especially against more of the art that falls under the modern genre. Wittgenstein’s open concept also involves the evolving of art from the beginning of time to the present time. A strong argument like today’s film industry is strictly entertainment, but not art or if it is art, it is merely just ‘bad’ art. However, ‘bad’ art is still art. Therefore, it forges a weak argument.

With Wittgenstein’s open concept argument, Hume’s long list can also be in play. All theories that give necessary and sufficient definitions have just as strong counterarguments with the biggest one being the evolution of art in itself and the turning of time.

If art is not entertainment, than Shakespeare is not an artist, either. That can also argue for Kabuki Theatre in Japan is also not art, but craft. No one can argue that Shakespeare or Kabuki Theatere is ‘bad’ art or can they? This argument would fall a subjective approach, rather than objective. One must be alert of the direction, fore the equation is now motus tollens;  entertainment is not art, therefore if it’s entertainment, it’s not art.

Art and entertainment can co-exist within each other. In today’s film and movie productions, you see that in the majority of the final product. A primary example of how today’s film industry can still provide art within its product is Black Swan (Aronofsky). There are different levels of art being displayed in the final product, including but the not limited too, music, fashion, writing, and acting. It is all art coming together for one final piece to be displayed. The same would have fallen with Shakespeare’s plays back in the  16th-17th century.