The Mediterranean Cafe is 🔥🔥. I swear the falafels are as big as baseballs.. 🤣🤣🙏🏻🙏🏻
Making History. #photooftheday
Some selfies from the weekend with the crew… new photos to come this week on my media page… @gautschvision… go follow and stay tuned!!
It’s gonna be a hella crazy busy day for me today, however…
Feeling them summer vibes! 🌞🔥
I focus more on what’s in front of me and the goals I need to accomplish, not what everyone else is doing. In return, the grind and hustle is helping me elevate, not just in my art, but in life. 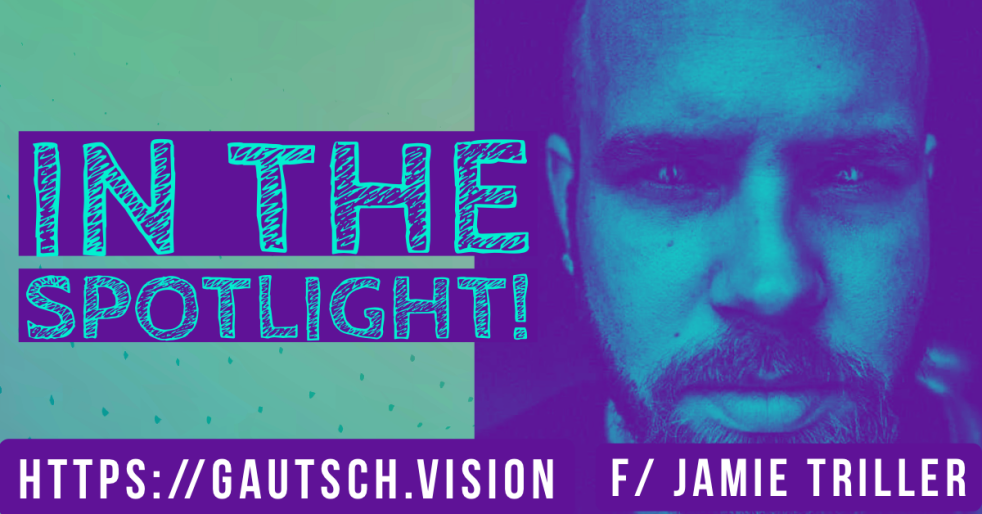 As I sit here with my questions, I contemplate and reflect on the imagery that America is displaying today. I can’t help, but see that we struggle with exposing artists of the lifestyle and culture of the blue collars and the farmers in the heartland that carry the agriculture industry on their backs for this complex nation. Even though it seems more common to throw the city life in the spotlight, social media and a specific music evolution is making it easier for us to find artists beyond metropolitan areas like New York City, Chicago, Atlanta, and Los Angeles.

One state that has a multiple talented artists that are getting discovered is Iowa. A lot of talented rappers resides or are from Iowa. Some names are Torrian Ball (who now resides in LA to further his career), Random Tanner, Luka Duffie, Klazik, and also the artist I have the privilege to feature on this In The Spotlight! post. Even if you haven’t heard of them yet, certainly you will. I sit down and get an inside scoop on where Jamie Triller’s life has been and where its going on his current path.

If you were a Webster dictionary definition, how would you define Jamie Triller??

There are a lot of things that come to my mind when trying to define oneself. Putting thirty years of life into a definition seems unreal, but I would say Jamie Triller symbolizes love, pain, humility, and struggle if I were to give my best swing at it.

Your first single, “Heat Treatment,” was released in 2018… what is the story of your music and becoming a rapper/artist?

The 1992 album by Dr. Dre, The Chronic, inspired me to be a hip-hop artist. I was about 13 years old, and something inside me just knew that I wanted to be involved in hip-hop. So when I was 16 years old, I did my first record with Mister Mercenary of Wasted ENT under Chronic. I continued to make music with him and the Wasted ENT crew up until I went to prison for five years. Once I got out in 2015, me and Mister Mercenary came together for a collaboration album called the Blazin’ Aces.

After that album, I took some time to re-evaluate who I was as an artist and a person. I stayed involved in the music community, sharing and promoting other artists but quit actively making music. In 2018, I hooked up with Random Tanner and started helping him with his merchandise table. We had a lot of discussions about the music and imagery, and we both re-branded ourselves. Once I found my brand, I took things seriously, and in 2018 I debuted myself as a Jamie Triller with my first single, “Heat Treatment.” That song pretty much wraps up that whole story in four minutes. I try to keep my music as relevant as possible and true to my life without putting too much glitter into it.

Well, like I said, I started off helping Random Tanner with merchandise, and then he let me be on a few of his shows. Since then, we have been rocking with each other pretty tough. I believe that the country aspect of it all came when we did a photo shoot with Joe Gibbs, and we were joking around about how it looks like it could’ve been a country-style photo shoot. Don’t quote me on this, but then a post went out to see what people would think about us doing a collaborative country rap album, and the people responded well. I had a song concept called “Fire Jack Beam,” and we collaborated to make it the fantastic song it is today. So here we are, with two country-rap songs later with a third one on the way, and the people have responded so well that we decided to keep it going. We also did more of a pop-rock type song called crashing down; I feel like anything that Tanner and I work on together is exceptional, and we make fantastic music together. When we are on stage, we complement each other really well. I know his songs. He knows mine, and we bring a lot of energy when we hit the scene, so it works really well.

What is the essence of your collaboration with Random Tanner, and what are y’all trying to bring to life with your music? Is there an album in the works for the songs you do together?

Our collaborations start with an idea/concept or even sometimes just the instrumental. With “Born and Raised,” Tanner had already made a concept, and Aaron Isaacson had created this fantastic instrumental; we decided that we needed to make a Song all about the Iowa lifestyle through our eyes. At first, I didn’t think we were creating an anthem, but after we finished the song and shot the video, it became clear that this was definitely our own anthem for our state. I really believe that we will be dropping an album with all of our country-rap collaborations. Nothing is set in stone as far as dates. We try to bring to life a story that you can visualize with every song, even if there isn’t a video for it. I know we both want music that people can relate to, and we try to put our hearts into every song to let people better understand who we are as people.

Why was “Born and Raised” such an important song to bring to life? What’s the significance of the single?

The significance of “Born and Raised” is a look into our opinion of what the fun side of Iowa can look like. We wanted to do a song for Iowa and give it justice by making a video which we initially invested in an animated video. Still, after some time and discussion with our people, we decided that we needed to go all out and make an actual music video. Keep in mind country rap in Iowa is something that neither of us could find anybody else doing, so I feel like that was the sole purpose of us doing country rap.

Wisconsin has Lil Wayne for our Cheesehead anthems. Iowa has you and Tanner. Do you think every state should have its own anthem?

I think it’s essential that each person has their own identity, so should each state and a person who is willing to put it into a song, they should do just that. There shouldn’t be any limitation on creativity, but yeah, I think that each state should represent itself proudly and if it’s in a song, then go for it.

Do you feel anthems are significant to our identities? Why or why not?

I feel like this anthem is definitely substantial to our identity, especially putting a visual out there. I think the point is to have fun and enjoy each other’s company to build each other and stay young. Also, an anthem that has to be restricted to one state could be a party anthem, a sad anthem, and a happy anthem. It just depends on what you’re feeling. Music touches a lot of different emotions and feelings within people. I feel like everybody should have their own song they consider their anthem. I know that music has gotten me through some really rough times, and it’s also helped me celebrate good times.

Do you feel you and Tanner succeeded with “Born and Raised” and how it speaks for all Iowans? Do you see it being remixed with adding another Iowan artist?

I feel like Tanner, and I did justice on “Born and Raised’. It’s one of my favorite songs, for sure. Just looking at the numbers that we did within the first week I’m born and raised, we blew many of our other stuff out of the water. The video went semi-viral on my TickTock, and we had every corner of Iowa showing love in the comments. I feel like we definitely succeeded in our goal. I can see other Iowa artists jumping in and remixing it. That would actually be pretty cool. As far as speaking for all Iowans, I know that’s an over generalization, and we can’t speak for everybody. We can only hope that people listen to the message and take something from it, and if they don’t like it, that’s OK; not everybody will enjoy what we do.

Other than “Born and Raised,” my favorite single of yours is “Don’t Be Mad.” It makes me wonder, which song or music video was the most fun for you to record or create?

My top favorite songs/videos to create are definitely “Born and Raised” and then “Crashing Down.” Without the help of business owners and friends, we couldn’t make this happen, so shout out to everybody who has let us use their properties or businesses to let us film these fantastic videos.

What is next for Jamie Triller? Are you planning to release your own album with your own stories?

I’m currently working on more singles right now. I am restricted to how much I can do with quality being my budget isn’t the greatest. I have a six-month-old, and my son is my main priority; slowly but surely, I will drop a debut album. I don’t wanna rush it; I definitely want to take my time and make sure that it is what I absolutely want to put out there for everybody to listen to from front to back. I’m pretty picky about what I put out there. I don’t wanna just put out music just to put out music; I wanna make sure that it’s quality and well rounded all the way through. I got a new single that’ll be coming out soon called “Bandz.” The song is produced by Nicholas Beats By Trill.

Until the single, “Bandz” is released, here is the music video for “Born and Raised.”